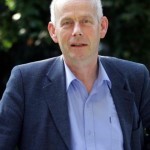 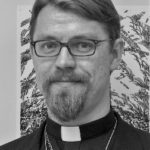 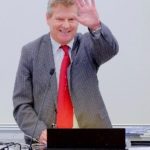 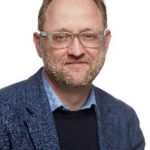 Ph. D. Hans Vium Mikkelsen is Dean at the Centre for Pastoral Education and Research, Church of Denmark. The Centre is located in Loegumkloster, Aarhus and Copenhagen. His main fields are Systematic Theology of the 20th and the 21st century, fundamental dogmas, and the interrelation between theology and society.Dean Mikkelsen is a member of the editor-group “Theological Training and Continuing Education“ and will take part in the General Assembly as an expert.
E-mail: hvm@km.dk, Tel. 0045 3058 2938. 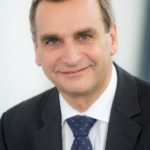 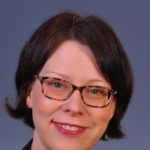 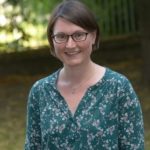 Putting faces to the texts for the General Assembly

The texts for the General Assembly of the Community of Protestant Churches in Europe (CPCE) in Basle in September are now all available online. The member churches, their delegates and any interested members of the public can go to www.cpce-assembly.eu to inspect the results of the work directives set by the 2012 General Assembly in Florence, presented in English, French and German.

The first of the documents is the result of the doctrinal conversation on “Church Communion”, which examines the CPCE’s model (of unity). Besides taking stock of what has been achieved so far and providing a theological explanation of the concept of unity, the paper examines what level of commitment the member churches are prepared to invest in church communion. Possibilities for intensifying the model of unity and its challenges are addressed and presented to the General Assembly for discussion.

There is also a paper presenting the results of a study process on “Religious Plurality in Europe” and the related Protestant perspectives. It transpired that, to begin with, the terms “religion” and “Europe” both needed defining more closely. The study text provides an overview of the work already conducted in Protestant churches on this relatively new topic.

The “minority” status of many Protestant churches is addressed in the study text on “Theology of Diaspora”. After an extensive discussion of the term “diaspora”, including the historical and theo-logical contexts, the paper examines the relationship between the diaspora, church and public sphere, thus addressing aspects of public theology.

It also presents the results of a consultation among the member churches on “Theological Training and Continuing Education in Church Ministry”, the follow-up to the consultation on “Training for Ordained Office in the Community of Protestant Churches in Europe” conducted in Florence in 2012. This new text suggests possibilities for sound continuing theological education, going as far as e-learning.

Finally, the Southern, Central and Eastern Europe Regional Group has been examining the educa-tional activities of the Protest churches in its region and is now presenting the results to the Gen-eral Assembly as a study paper entitled “Education for the Future”.

All these texts will be discussed by delegates in working groups and then presented to the Gen-eral Assembly for resolution. “The delegates will be focussing on how the individual member churches all over Europe can incorporate the subject matter into their own work,” says Bishop Dr Michael Bünker, General Secretary of the CPCE. “The texts themselves are therefore not the primary focus, but rather mainly how their results can be applied in practice.”

To help with preparatory discussions and the handling of the topics in the media, a number of people will be acting as the “face for the text” to field any questions – about how the text came about, the discussions (including any points of contention) and their own reasons for wishing to work on the subject in question.

The following experts have agreed to put their face to a text:

Professor André Birmelé is a research professor at the Institute for Ecumenical Research in Strasbourg. His main areas of interest are ecumenical methodology and the dialogue between Reformed churches and with Rome. Prof. Birmelé is attending the General Assembly in an expert capacity.
Email:  a.birmele@ecumenical-institute.org, tel. (daytime): +33 (0)388 15 25 74.

Professor Thomas-Andreas Põder is the Professor and Chair of Systematic Theology in the Faculty of Theology at the Institute of Theology of the Estonian Evangelical Lutheran Church in Tallinn, Estonia, and a lecturer in Philosophy of Religion in the School of Theology and Religious Studies at the University of Tartu, Estonia. Prof. Põder is a member of the Council of the CPCE.
Email: thomas-andreas.poder@eelk.ee, tap@ut.ee.

Professor Reinhold Bernhardt is the Professor of Systematic Theology/Dogmatics and will assume the role of Dean of the Faculty of Theology at the University of Basle on 1 August 2018. His main areas of interest are interreligious relations and the theology of religions as well as acts of God as a contemporary development of the doctrine of providence. Prof. Bernhardt led the working group that compiled this text.
Email: Reinhold.Bernhardt@unibas.ch. tel. (daytime): +41 (0)61 207 04 93 (office), +49 7624 989302 (private).

Hans Vium Mikkelsen, Ph.D. is Dean of the Centre for Pastoral Education and Research, Church of Denmark. The Centre has offices in Loegumkloster, Aarhus and Copenhagen. His main areas of interest are systematic theology of the 20th and the 21st century, fundamental dogmas, and the interrelation between theology and society. Dean Mikkelsen is a member of the editorial group for “Theological Training and Continuing Education“ and is attending the General Assembly in an expert capacity.
Email: hvm@km.dk, tel. 0045 3058 2938.

Education for the future

Senior Church Councillor Michael Martin is a pastor of the Evangelical Lutheran Church in Bavaria (ELKB) and Head of the Department of Ecumenism and Church Life. He is attending the General Assembly in Basle as a delegate of the ELKB. The ELKB is the patron of the CPCE’s South-East Europe Group.
Email: michael.martin@ELKB.de, tel.: +49 (0)89 5595 251, mobile: +49 173 3527054.

Professor Miriam Rose is the Professor of Systematic Theology at the Friedrich Schiller University of Jena. Her main areas of interest are ecumenism, anthropology and the church under diaspora and non-denominational conditions. Prof. Rose is attending the General Assembly as a delegate of the Evangelical Church in Central Germany (EKM).
Email: Miriam.Rose@uni-jena.de (also to schedule a telephone call).

Before I formed you in the womb… 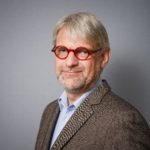 Professor Ulrich Körtner is the Professor of Systematic Theology (Reformed) in the Faculty of Evangelical Theology at the University of Vienna, Chair of the Institute for Ethics and Law in Medicine at the University of Vienna and Director of the Diaconia Institute for Public Theology and Ethics (IöThE) in Vienna. His main areas of interest are fundamental theology and hermeneutics, ethics, particularly in medicine and care, church welfare, ecumenical theology, eschatology and apocalyptics. Prof. Körtner is attending the General Assembly as a delegate of the Protestant Church H.C. in Austria.
Email: ulrich.koertner@univie.ac.at, tel. (daytime): +43 664 60277 3271.

Ulrike Swoboda, Mag. is a university assistant at the Institute for Ethics and Law in Medicine and is currently working on a research project into the ethical challenges presented by reproductive medicine from a Protestant perspective. Ms. Swoboda is attending the General Assembly as a delegate of the Protestant Church A.C. in Austria.
Email: ulrike.swoboda@univie.ac.at, tel: +43 650 56 333 69.